I could tell you a lot about the history behind The Temple of the Emerald Buddha or Wat Phra Kaew in Bangkok. For example it´s full name Wat Phra Si Rattana Satsadaram and that it´s the most sacred Buddhist Temple in Thailand. Or I tell you how the engineer and I experienced the trip to Wat Phra Kaew. So here we go. 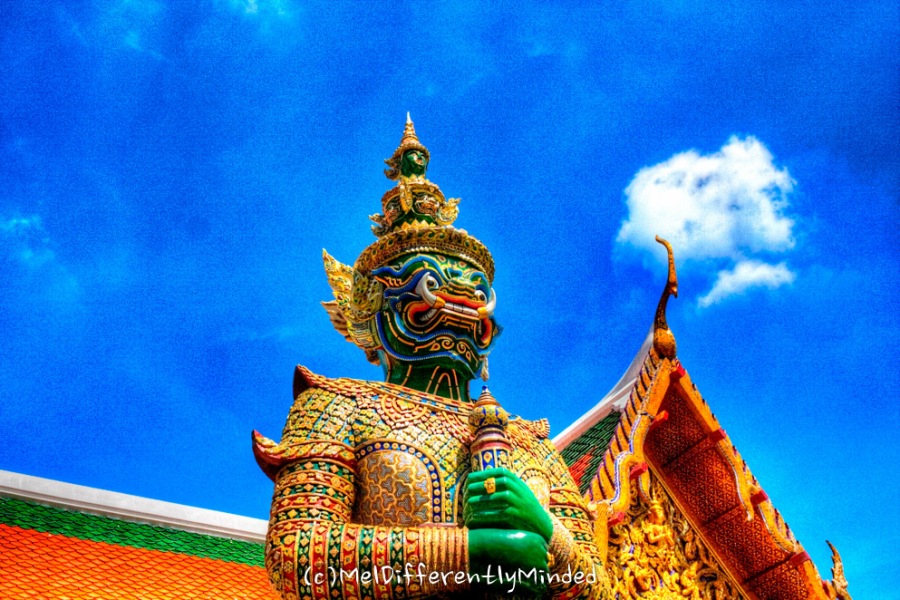 We drove from Hua Hin two and a half hours to Bangkok directly to the Temple. By the time we entered the Temple we were totally exhausted, because waiting in the queue in the midday sun with hundreds of people wasn´t that funny. Oi, our tour guide told us a lot about the different buildings, which I wrote about a bit further down. 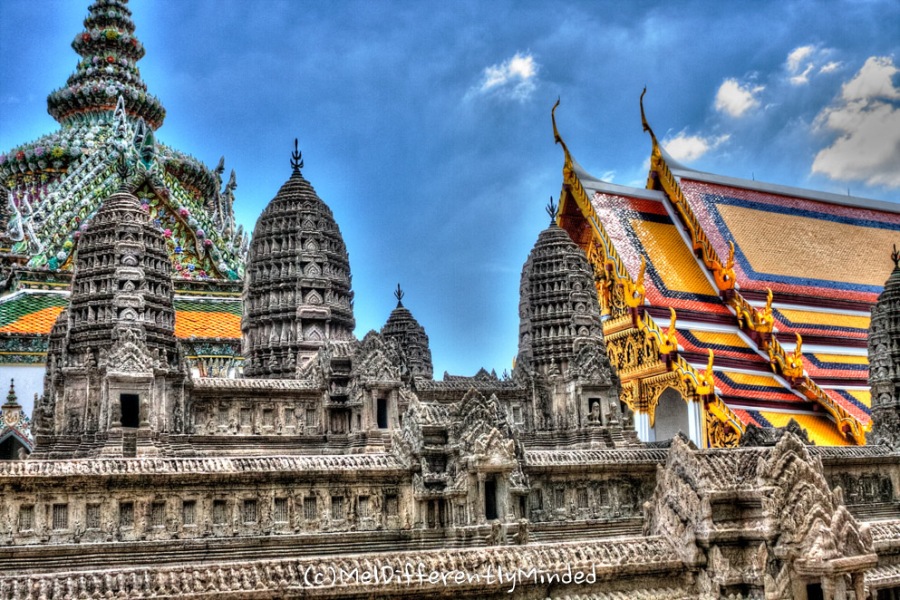 We tried to get into the Temple of the Emerald Buddha but it was so crowded that we decided otherwise and just strolled around hopping from shadow to shadow. We left the Palace through the absolutely stunning garden.  Unfortunately my blood stream wasn´t the best with the heat and I got all dizzy and sick. The engineer, gentleman as he is, ran for coke and cold water while I waited in the shadow. 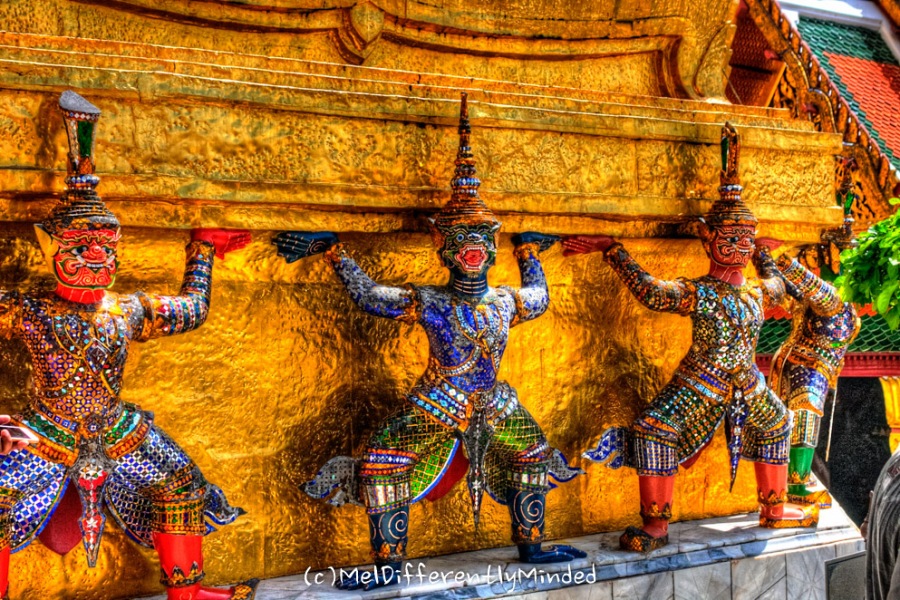 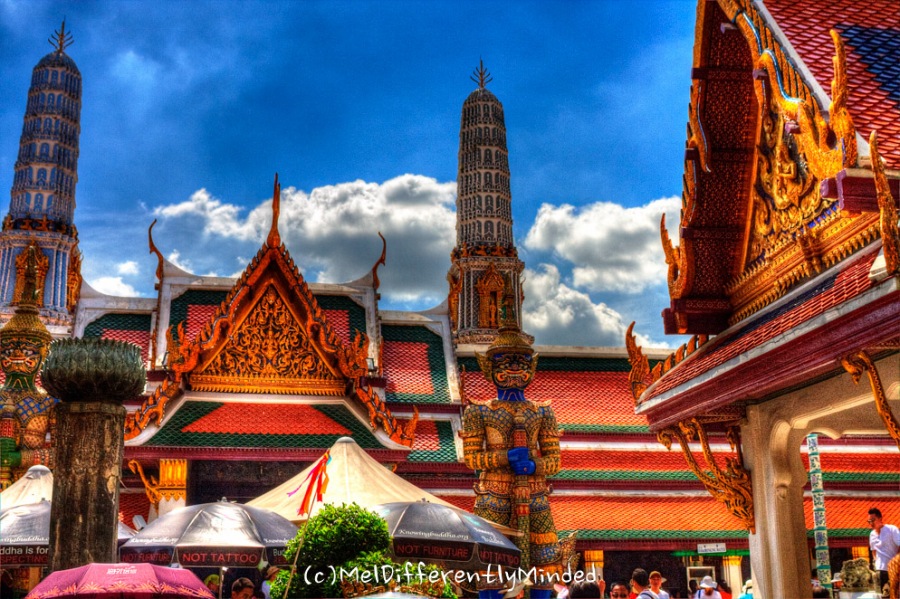 On our way to the car a Thai came and stuck a stick with mint or something like it under my nose and showed me that it would be good for my blood stream. Nobody would help a stranger in Austria. I was amazed although it didn`t bring me the release I hoped for.

Finally back in the car with air condition we decided to go on a boat tour on the Chao Phraya River to see the “old” Bangkok. It was refreshing to feel the breeze on our hot skin and relax on the boat. We got to see catfish and Oi bought toast, which we fed the fish with. 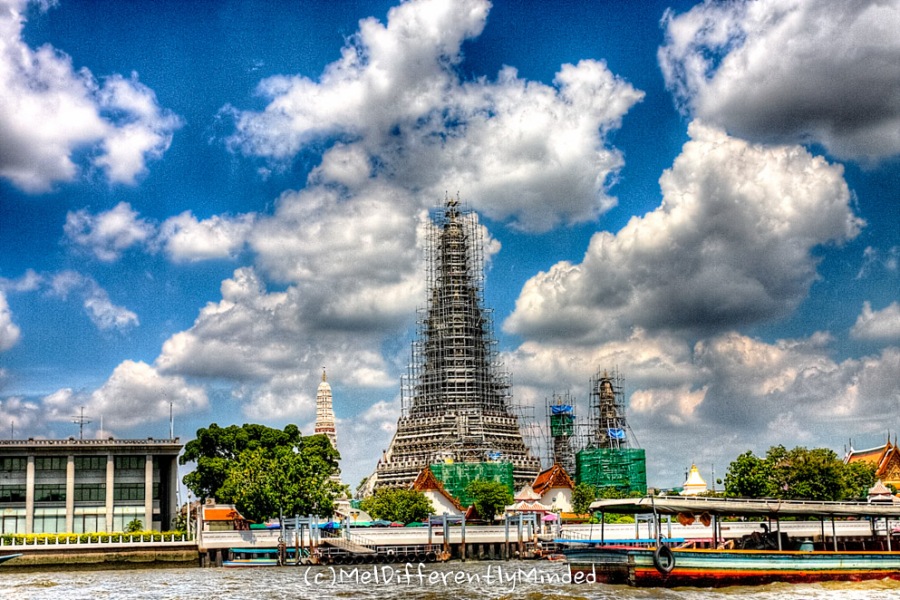 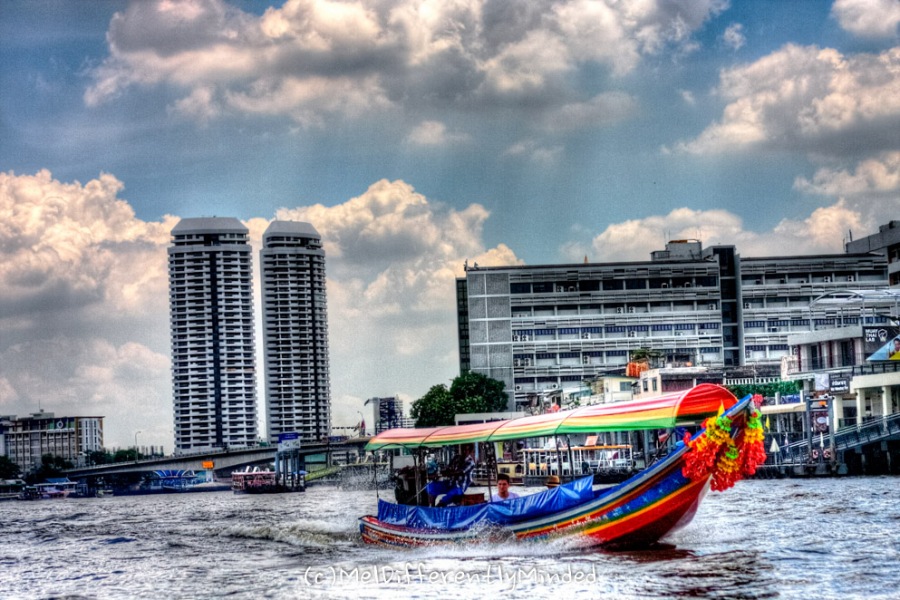 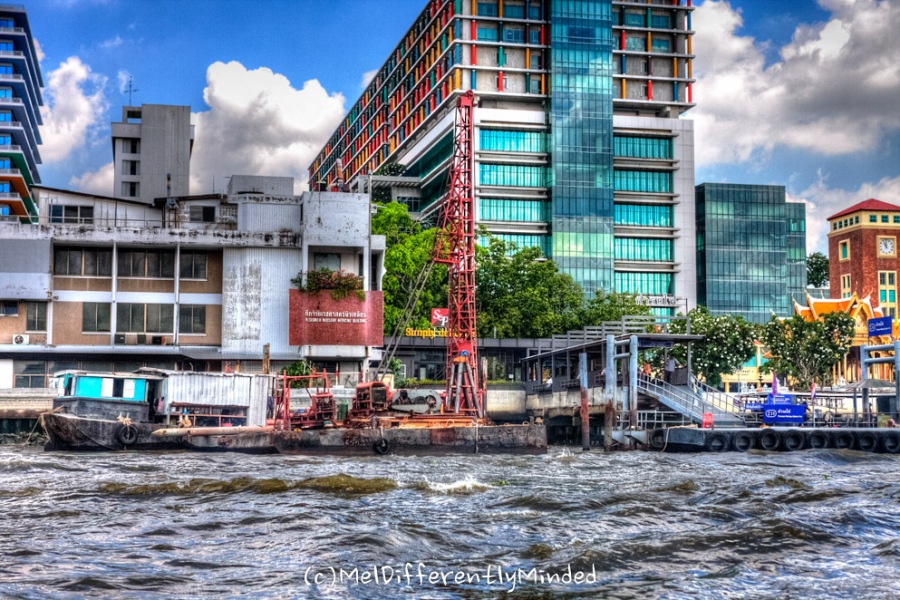 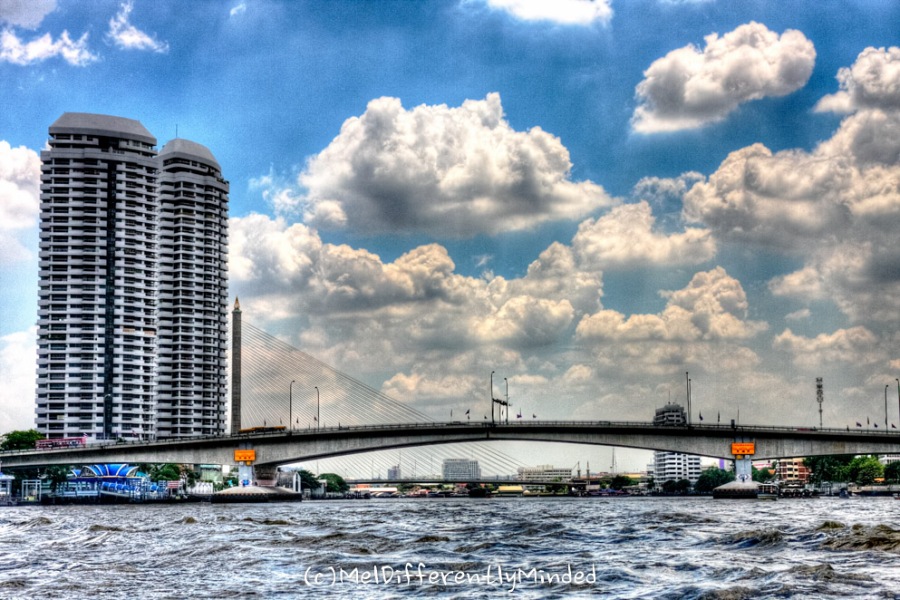 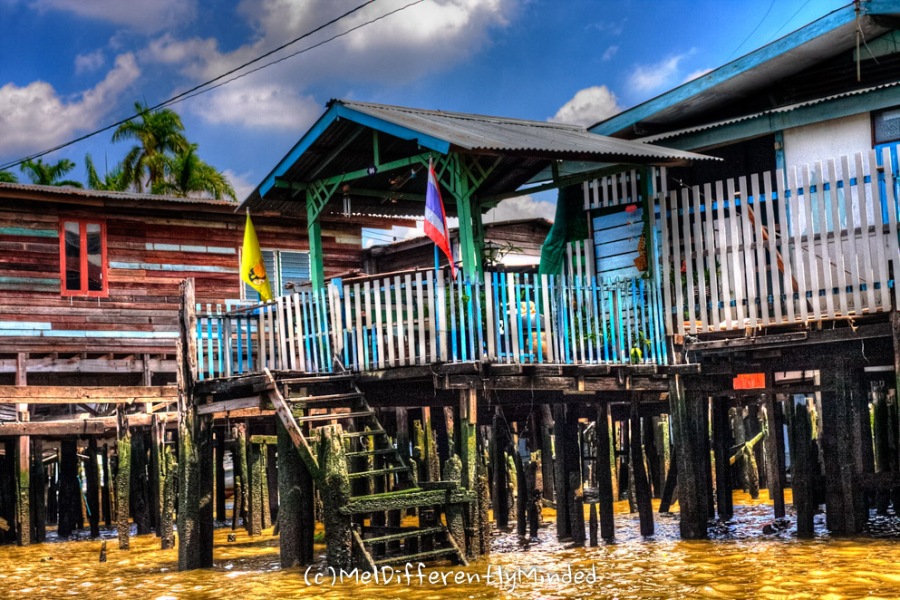 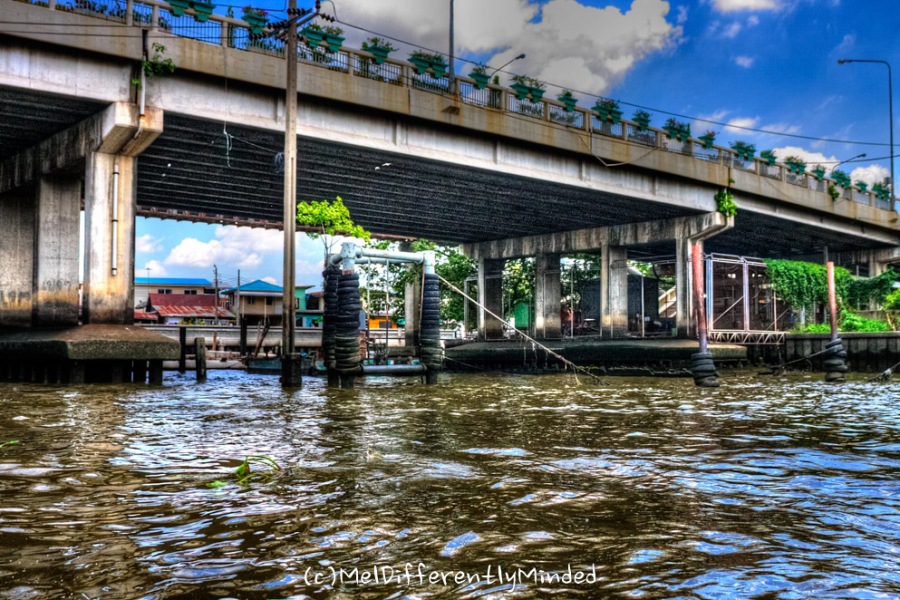 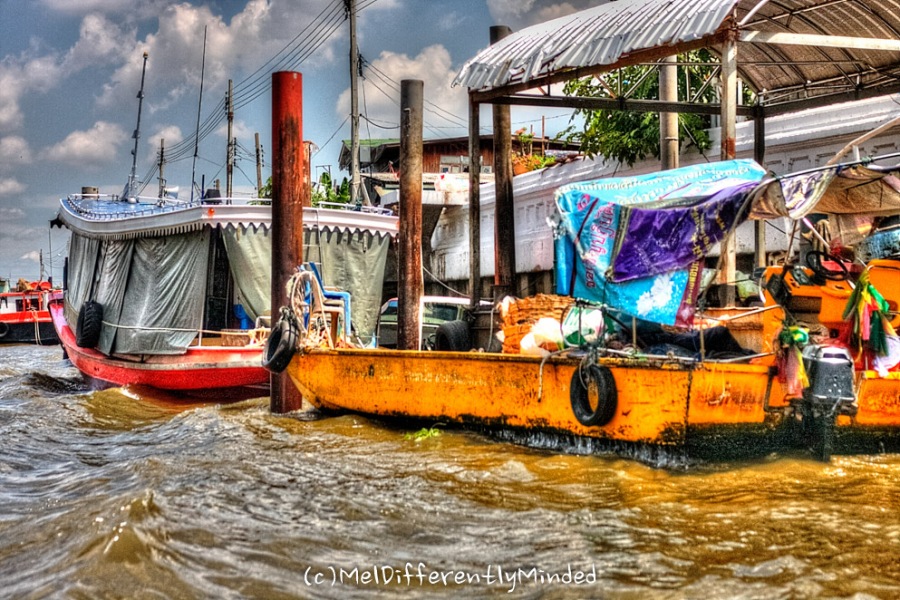 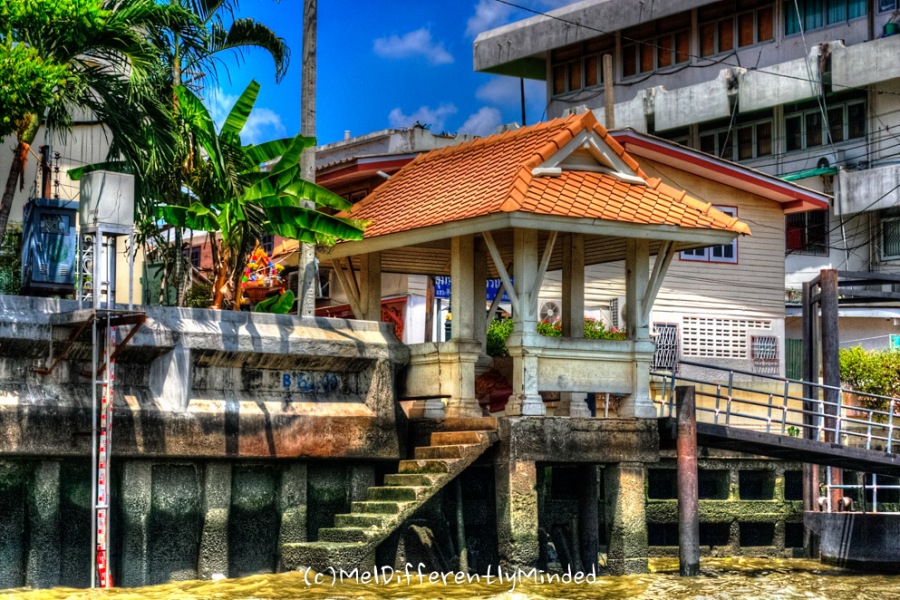 After, what seemed like a minute, we headed to China Town to stroll around the shops and to have the opportunity to buy some bits and bobs. 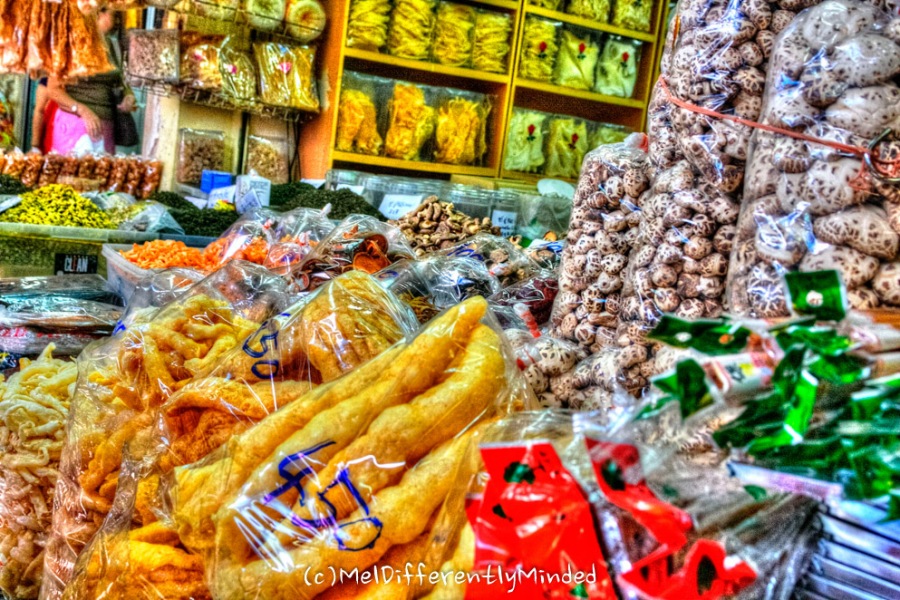 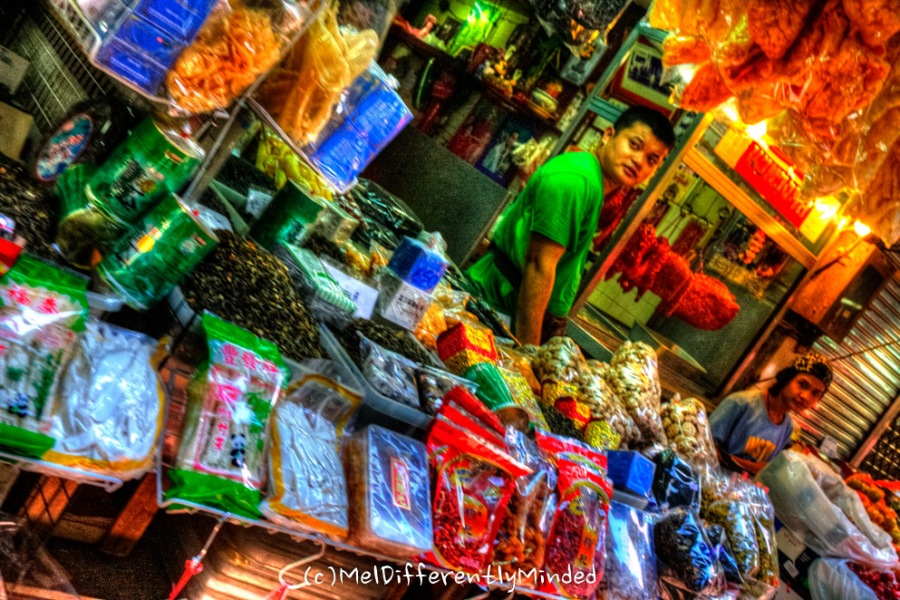 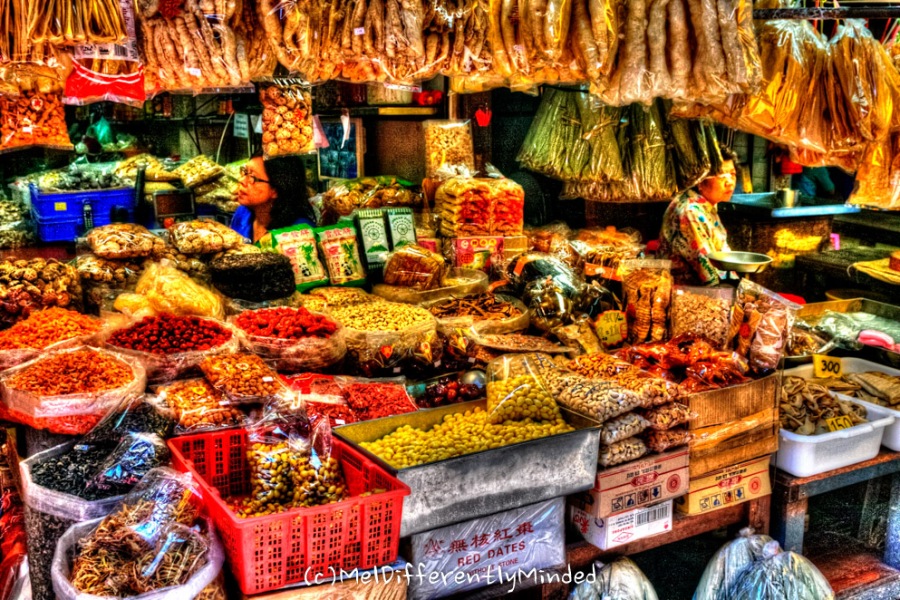 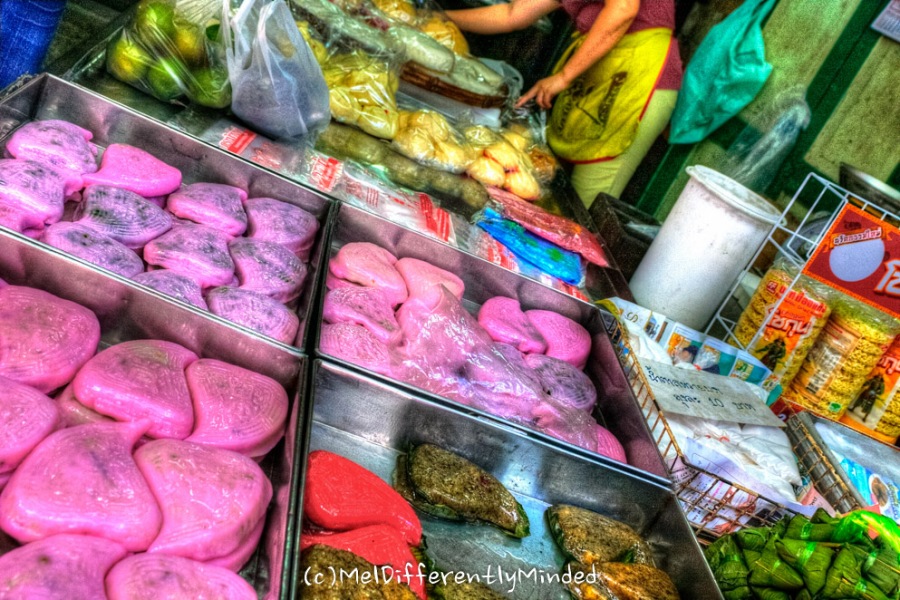 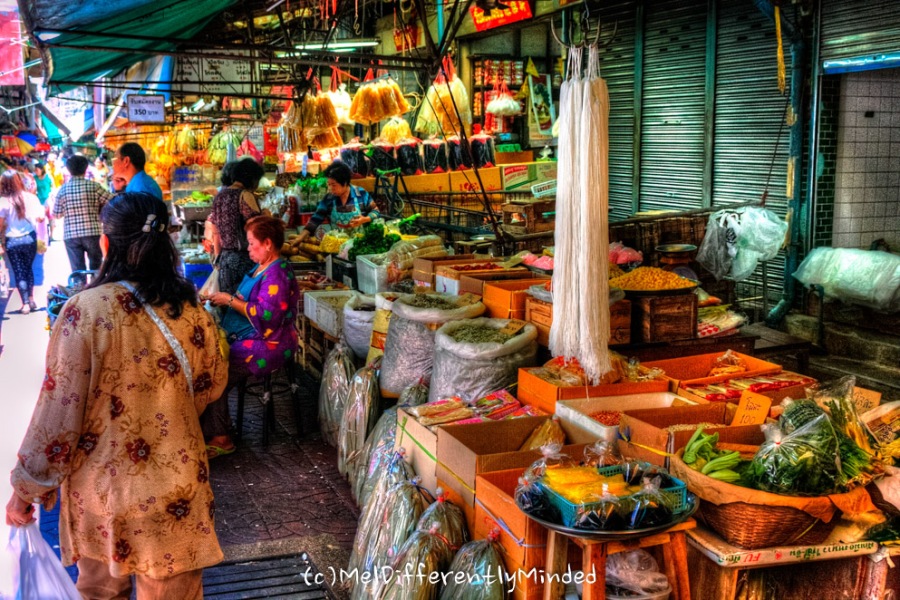 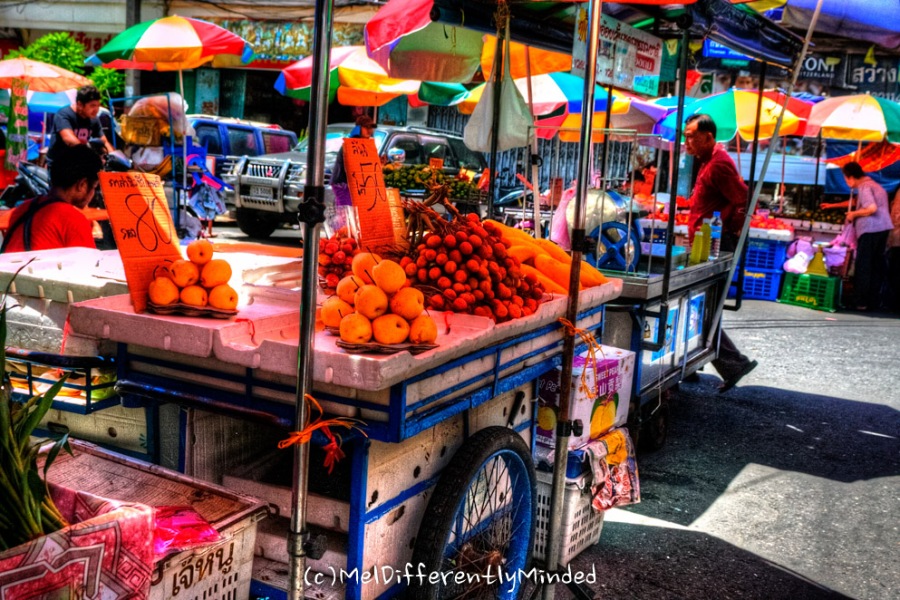 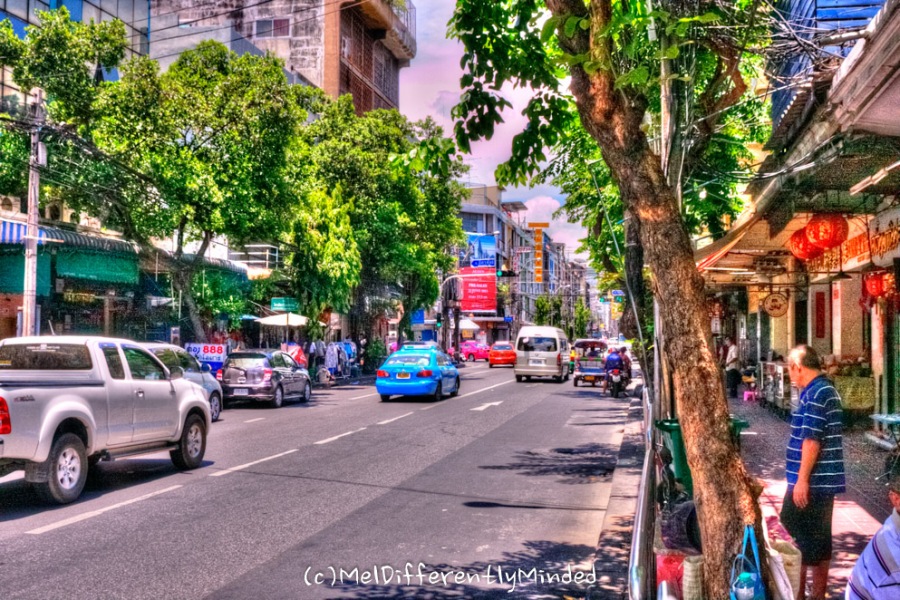 My blood stream had different plans and so we were forced to get back to the car after seeing only half of China Town. It was the best to go to the MBK, a ma-hoo-sive shopping centre. The engineer and I gazed at the stalls. We imagined it to be like the shopping centres in Europe but we were completely wrong. It was like a night market in a building with air condition. It was quite an experience to be honest.

And to satisfy my conscience here are a few details of the Temple of the Emerald Buddha.

The Temple is located in the Grand Palace in the historic centre of Bangkok, Phra Nahon District. The legend says that the Emerald Buddha is from India where a sage prophesized that it would bring “prosperity and pre-eminence to each country in which it resides”. It´s revered and venerated as the protector of Thailand. The Buddha was brought to the Wat Phra Kaew Temple in 1782. The statue is dark green and about 66 centimetres tall, carved from a single jade stone. It´s in a meditating standing posture. No one except for the King and the Crown Prince is allowed to touch it. The King changes it´s cloak three times a year for the season of summer, winter and rain.

King Taksinthen moved the capital to Thonburi in 1767, where he built a palace on the west bank of the Chao Phraya River. A few years later King Rama I decided to move the capitol across the river to Bangkok. The grounds are located between two old wats. Wat Pho and Wat Mahathat, which was inhabited by Chinese. Later they were moved to China Town.

The area of the Grand Palace covers about 100 hectares with over 100 buildings. The architecture is called Rattanakosin style and is about 200 years old. Everything is made of marble, copper and golden mosaic. The murals with over 150 scenes illustrates the story of Ramayana, in a clockwise direction covering the compound wall. These paintings, which are refurbished regularly stand for the human values of honesty, faith and devotion.

If you want to enter the temples in Thailand you have to follow a strict dress code. Men must wear long pants and long sleeves and shoes, women must wear long skirts and no off shoulder shirts. It´s common to remove your shoes before entering a temple in Thailand.

The temple complex has a lot of buildings like the Grand Palace, the library Phra Mondop and a model of Angkor Wat a Cambodian shrine.